A long line of dead men

A  chilling image, but can it be right that the column would be 269 miles long?

So, the marching war dead of the British Empire [Britain, Canada, Australia, New Zealand, India and other smaller countries] would produce a column 269 miles long.

In the top right hand corner of the image there is a small yellow box. This gives equivalent distances for other Empire countries. For example, the column would stretch from Quebec to Ottawa. It also gives the time needed for the column to march past the Cenotaph war memorial in London. I cannot read the number but it is easy to calculate.

British Army Field Service Regulations gives a infantry marching speed of 294 feet per minute [3.3 miles per hour]. At that speed it would take 18 minutes for one mile of the column to pass the Cenotaph and 18 x 269 = 4,842 minutes [3 days, 8.6 hours] for all the column to pass. 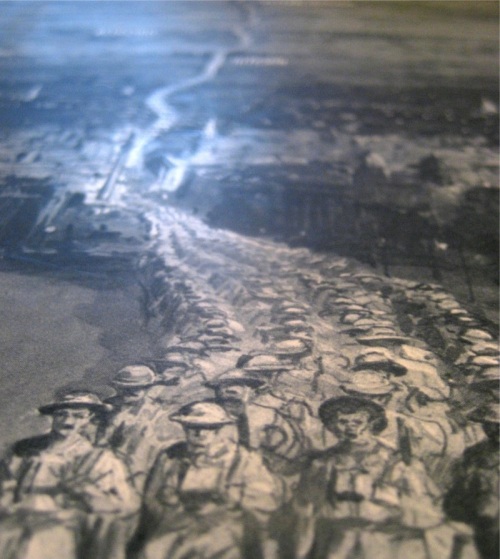 Similar columns for the total military dead [casualty figures from Wikipedia] for other countries.